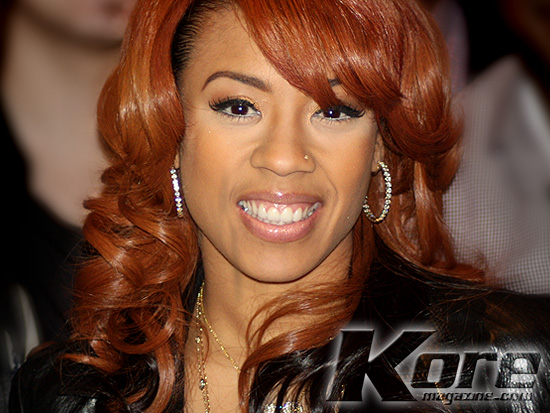 You can tell Keyshia’s is in Love!

We attended a listening session with four-time Grammy Nominee Keyshia Cole at Patchwerk Studio in Atlanta; to preview her fourth Studio Album “Calling All Hearts,” and talk to Keyshia about Love, Life, and Music.

Demanding, Seductive and Electric, this R&B Album exceeds any previous expectation of a “Happy” keyshia Cole. Interestingly enough she began writing and recording  the album before meeting fiance Daniel Gibson of the Cleveland Cavalier affectionately referred to as “Gib”; finishing the other half after giving birth to “Daniel Jr.” Most people do not know that Keyshia does her own A&R and writes most of her own lyrics, a connection that we can feel through her music. Calling All Hearts features a collaborations with Jimmy Jam & Terry Lewis and vocal appearances by Tank, Faith Evans, Nicki Minaj, Timberland, and adopted mother Yvonne Cole. I was most impressed by the immaculate production of this Album and Keyshia’s vocal dynamics. We are able to experience and appreciate a completely “Different” side of Keyshia Cole.
The Album is set to release on December 21st  just in time for Christmas. I’ve been a fan of Keyshia’s since her Debut in 2005 with “The Way It Is” and have followed her growth. I am excited that Keyshia has an opportunity to expose her heart and experience the LOVE that she sang about over 5 years ago!
Calling All Hearts December 21, 2010   Stay Tuned for the Exclusive Interview with Keyshia Cole