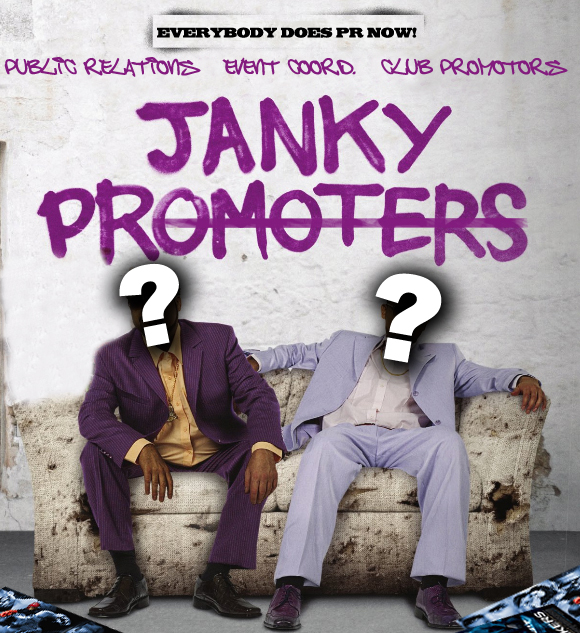 The Ethics of PR/Media is shrinking fast. Back in the day, event coverage was a big deal. Press, celebrities strolling down the red carpet, sponsored gift bags , the whole nine.  PR companies deal with a lot, but  ran tight ships to accomplish their masterpieces. When done correctly, events are a success, photographers have access to shoot good photos, interviews take place, and media outlets have all the components to develop the story . Nowadays, you would be lucky to get anything less than chaos.

This is about how media is treated in general. Do you think we need to cover your event? Do you think that your client is that important? People want good publicity, they want  a good review, a top rating, an A+. Do you expect to accomplish this without treating media well… CRAZY! Publicity and Marketing  are hard work when the client isn’t actively involved in a current, newsworthy project. If the client was active, we would request them, but they called us. There are plenty of good PR firms that host great events and they’re organized, they treat media well. They understand how to do PR!

In the ATL, we attended the “Step Up 3D” premier and were treated wonderfully. T-shirts, cups, free food and drinks- some people received soundtracks and other fun goodies. It was even a smooth ride in. RSVP, confirmation email, name on media list,  and were greeted by a very friendly “welcome come on in.”  In LA, we received the RSVP, confirmation email, but on the way, as we walked up to the event, we received a text from the “PR ” that the red carpet was full and we could not attend. Seriously? A few days following, we received an email from the same “PR” rep expecting a review of the film since you saw it and to also say “thanks!”  Following our response that we did not attend the event, the “PR” rep replied, “Yes I was the one who told Jane that there was no space left for the red carpet at the premiere. That came straight from the client because they were overbooked.”  And we were expected to cover what event exactly?

Here are a few good interview scenarios: Davis Banner’s people called and were interested in us doing a feature on him.  A date was set and a photo shoot and the interview was done. Banner himself called and got directions and verified the address and time. Great cover shoot for Kore Magazine! Kevin Hart invited us out to his show, showed us a good time and provided anything we needed for the magazine. Melyssa Ford cancelled our initial interview and was not able to attend a shoot. Melyssa still gave us an interview and sent us grade A photos. Bad scenarios: Vivica Fox’s “PR” reached out to KORE numerous times about a cover shoot. Cancelled on KORE several times and never attempted to make it up. Vivica’s “PR” REQUESTED that we attend an event,  take photos and interview Vivica which resulted in disorder and no Vivica. Jazmin Lewis (who you may have to google to lack of relativity)  canceled a shoot and interview at 8 a.m.  the day of the interview due to “food poisoning.” We later discovered photos of  Lewis, taken the night before our scheduled shoot, taking shot after shot of Patron. “Patron poisoning?”

Charity event versus force you to donate event

Let’s keep this simple. There was a charity event sponsored by Crown Royal Black and Glue Inc.-damn good! Anything you needed done was done.  They will always send you home walking fresh, video taping your experience, bouncing balls, sippin’ on one of those bottles with a smile on your face. Meaning they take care of media, they understand that our purpose in attending the event is to talk about our experience versus  a sponsored liquor event ( charity fashion show) telling you that the open bar is contingent upon donations of a certain amount.

When are people going to realize that the way  you treat media will be a direct reflection on their postings regarding you.  It is understood that sometimes its not the celebrity, but the “PR”  handling their PR/Marketing, or vice versa.  If you want media to talk in a remotely positive form, then do you not think we should have a remotely positive experience.  What happened to the good ol’ days.

Shout outs to the PR firms that are doing it right. The 135th St Agency, Glue Inc., Ella Bee Social Media & PR and the rest you know who you are, we come to all of your events!

When you do not handle clients or your media contacts respectfully (i.e. they way you would like to be treated) you will lose their support and interest. You know who you are, haven’t seen Kore Magazine lately?