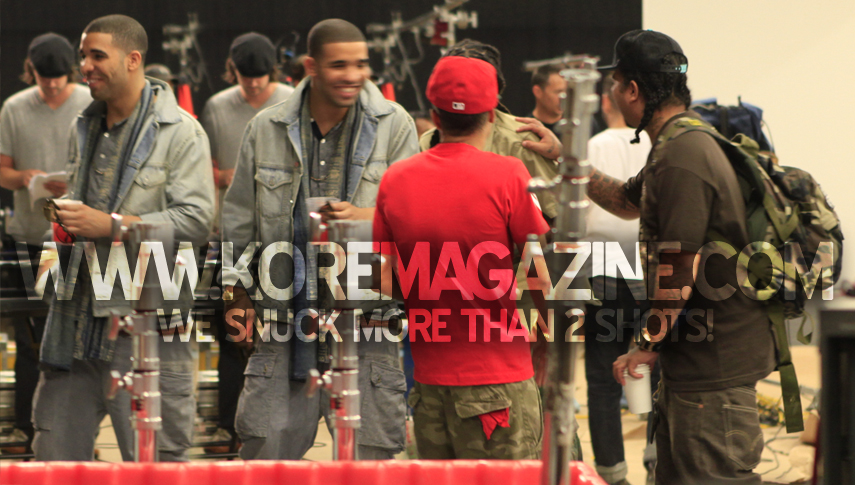 Since no one has a clue whats really going on at the Drake shoot we thought we’d fill you in!  I’ve been a fan of Drake ever since the homie downloaded Heart Break Drake, but seriously who is hired Young Money’s CREATIVE DIRECTOR or is it that Anthony Mandler cant think of anything else but a white room with burst of red and white paparazzi lights?  Granted I haven’t seen the finished product and from what I know Anthony Mandler does alot of GREAT work.. I’m just hope he has some good editors because if this video is anything like Find Your Love or Over (ie  UNRELATED to the song) I’m convinced its a conspiracy to wash Drake out! 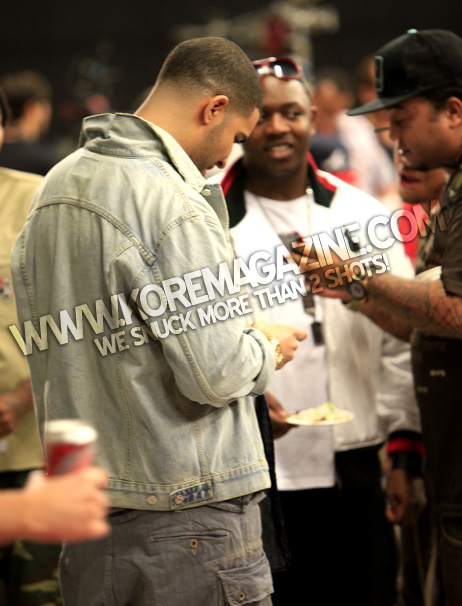 If any one knows Drake then you know his blackberry is glued to his finger tips.  On every break between takes Mr “Miss Me When I’m Gone” wouldn’t let up on the texts, Im sure he was going in on Nicki   I mean who ever he was texting. I just know she must really be important because Drakes eyes were not on the pretty model on set or the entertaining video on his homies phone. I’m only implying that his interest are of a different standard! 😉