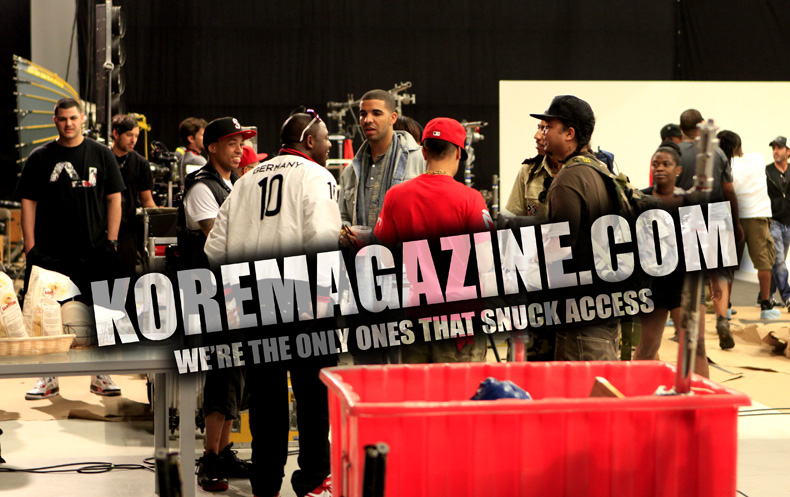 Video Crashers! We snuck in to the Drake’s “Miss Me” Video shoot in Atlanta today. No camera’s were aloud on the closed set, so feel blessed we made it happen. The red lights were bouncing off the white walls as Drake did his thing solo, without Lil Wayne? But no worries for Drake, his buddies were on the scene as well, Gutta Gutta & Mac Maine of Young Money. It’s a typical Drake Video. We don’t have too much else to say, due to strick secruity and the fact that no one except workers were there. Z, We got ’em! Team work .. ha ha

(We’ve had a lot of calls from people trying to get access, so remember you saw and heard it first here at www.KoreMagazine.com) 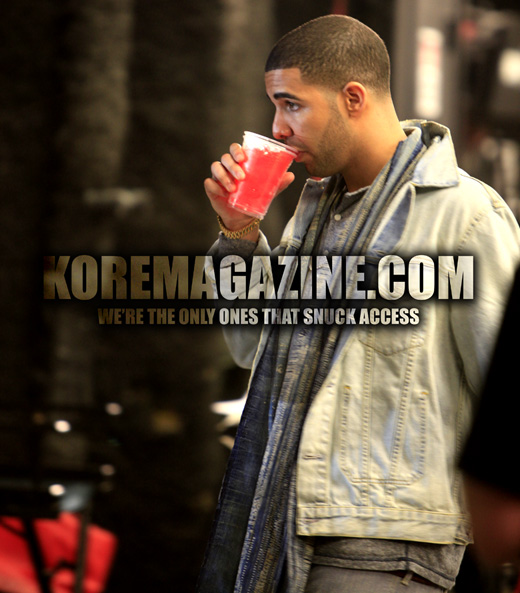